A Moment of Silence For Our Own – The Discussion Continues 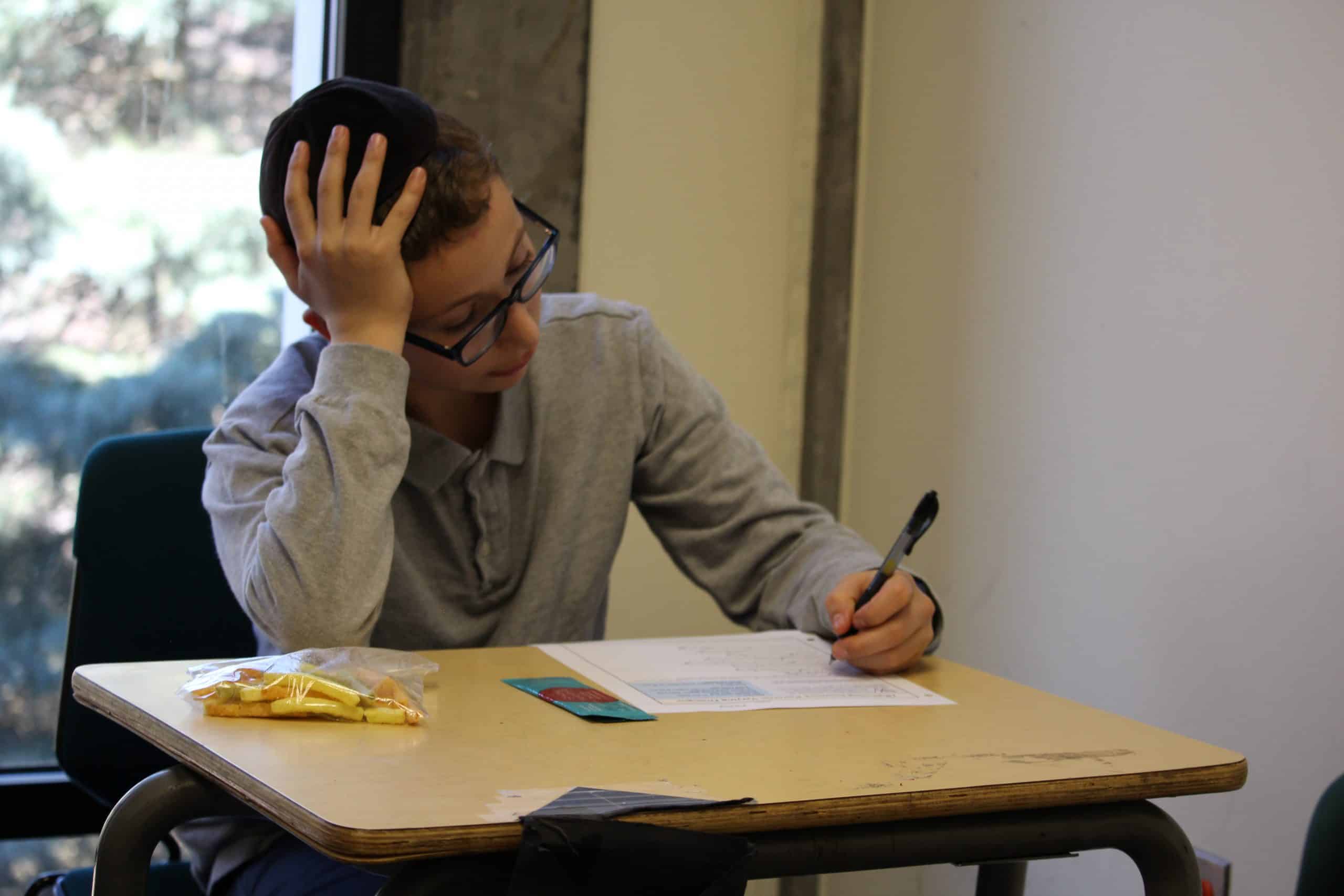 With the recent discussion about a Moment of Silence, I started reflecting on how this campaign of the Rebbe isn’t only for the public schools, but for our schools as well. This pause in the daily routine can help instill Yiras Shamayim, which is so vital for today’s talmidim.

בהשגחה פרטית, on my way back from the Ohel a little while back, I was listening to a fascinating Sicha (13 Tamuz 5743) where the Rebbe explains the necessity of a Moment of Silence. In short, it is a campaign to implement a moment where everyone is quiet for a full minute and may reflect on what their parents have told them to think about, in all public schools (in this Sicha the Rebbe included any school, including frum ones, that don’t have davening as part of their curriculum). Essentially, its purpose (for believers at least) is to instill in all children, including non-Jews, the firm fundamental belief that there is a real “Superpower” – G-d, Who is actually watching us, and to Whom we must feel accountable. In short, its is about basic יראת שמים, which is so fundamental and so necessary to be at the core of every person’s life, particularly a Jew.

Not too long ago, I became aware of an individual, Mr. Avraham Frank, who is implementing a Moment of Silence in many public schools and finding success, to the extent that the children themselves feel the tremendous positive effect. Even the principals of these public schools are recommending the initiative to their colleagues. (Take a look at www.momentofsilence.info, it’s truly incredible!) To me, this just proves that this technique really works in עולם הזה הגשמי in a concrete way.

Now, let’s look at our own schools. Can we really say that the boys going through our system gain יראת שמים as a result of their education? True, the Rebbe mentioned that this should be implemented in schools where davening is not part of the curriculum, but isn’t that because we are talking of real prayer where the students sense the earnestness and seriousness of actually talking to Hashem, and recognize His Greatness and His involvement in our daily lives?! Can we say that this is what our children feel when they daven in school? Do they even know that that’s what they are supposed to feel, not just rattling off the Hebrew words on the selected amount of pages in the Siddur?

Let’s imagine what would be the result of instituting a Moment of Silence in our schools, or perhaps let’s call it a moment of התבוננות. Imagine our kinderlach growing up with the feeling that there really is an Aibershter to Whom we are accountable, and cares that we do the right thing. I believe that our community would look a lot different and we would make the Rebbe proud!

When researching Tefilla for my students, I came across a pamphlet called A Suggested Structure for Tefilla in Elementary Yeshivas and Day Schools. This was compiled based on הוראות from Rabbi C. M. I. Hodokov (very possibly coming from our Rebbe), and written by Rabbi Nochum Kaplan. It is available online at chinuchoffice.org, and is a very worthwhile read for anyone involved in Chinuch. There, Rabbi Kaplan writes: “All תפלה requires כוונה, so children need to be primed at the outset (it is suggested that a Moment of Silence be instituted so that a teacher can quietly remind children that they are about to start davening) to think about the fact that they are addressing מלך מלכי המלכים הקב.”

When I read that, I was so moved. This is not just a nice, made up idea, but there is a source from a real, legendary Mechanech whom our Rebbe trusted (if not a directive from the Rebbe himself).

I am not familiar with many schools who have implemented this suggestion, but perhaps it is time to take on this initiative in our own schools, to actively work on instilling Yiras Shomayim. I am not suggesting that this alone will do the trick, but it is definitely a good start!

Note: For practical suggestions from schools and teachers who are already implementing this, read Part 1 of this discussion, “A Moment of Silence: Not Just for Public Schools.”