Teaching Our Students How to Think 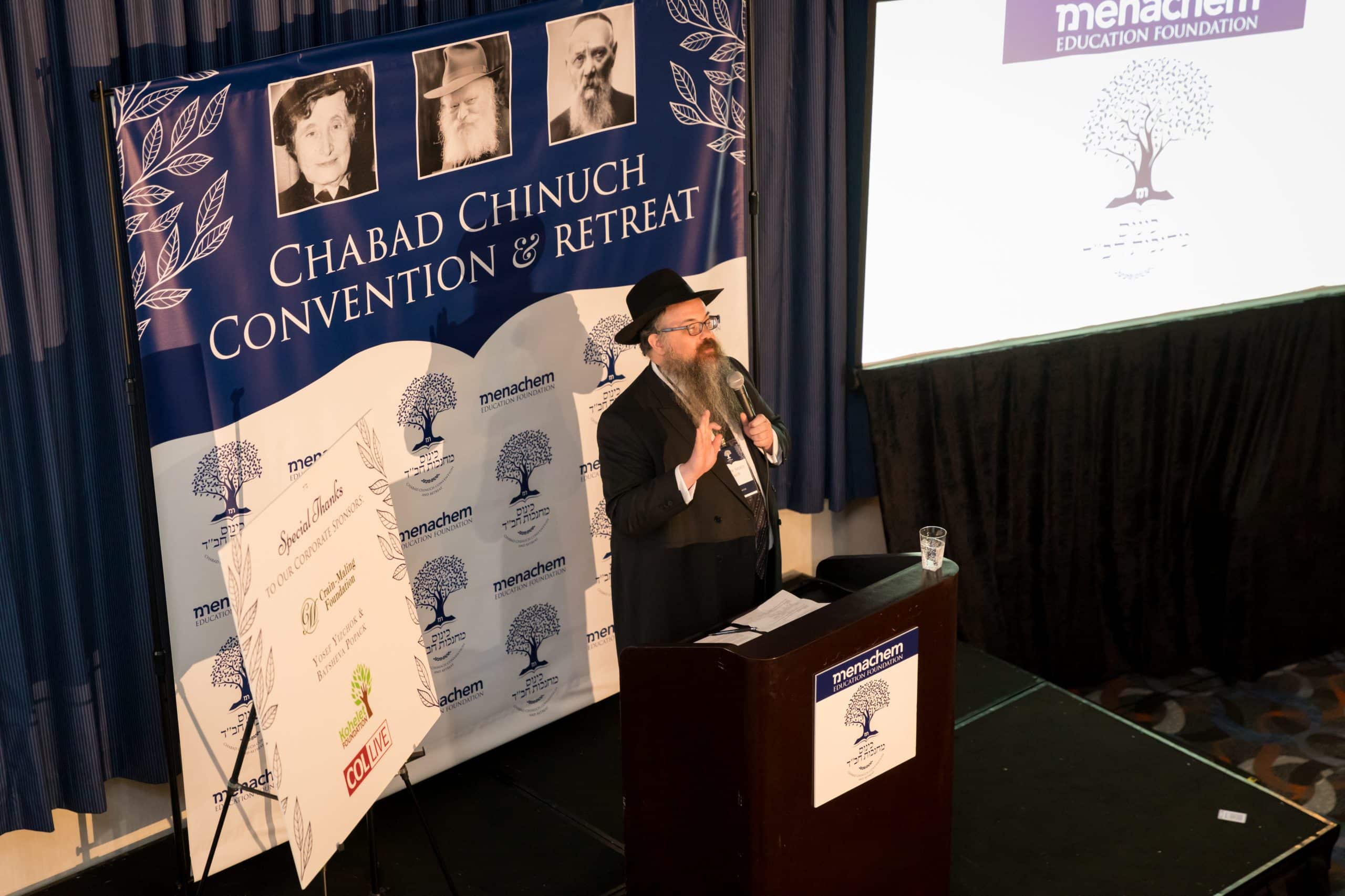 Scholar-in-residence at Chabad of the Five Towns, and Internationally Noted Author and Lecturer (SoulWords.org)

In Chabad Chinuch today, we face an urgent need to train our students in how to think. This includes thinking more spiritually, and thinking independently. The name Chabad itself means relating to spirituality in a way that we can understand, and this is the gift – and vital tool for living in today’s world – that we need to give our students.

The world we live in today is dominated by materialism – not just consumerism, the consumption of material things, but the perspective that all of reality can be reduced to the physical. This worldview is popularly referred to as “scientific,” and while the scientific revolution has indeed been a blessing, it has made it increasingly difficult to think about things that cannot be perceived with the five senses. We are accustomed to thinking concretely, in terms of the body, instead of abstractly, in terms of the soul.

We would be foolish to think that that predominant worldview has not influenced our community. I think that when we talk about keeping out negative influences, we tend to think of the symptoms of what it looks like to live an unspiritual life, such as the various forms of instant gratification that people seek out, but we don’t identify the worldview that leads people to living that way. A child who cannot think abstractly cannot think about meaning and higher purpose, look beyond instant gratification, or adopt a self image that’s more than just their physical body.

Chabad is a system that makes what is normally unknowable and unapproachable something that we can comfortably relate to. The most important educational tools that we possess are the teachings and methodology of Chabad Chassidus, and we need then now more than ever, to combat and to counteract the trend of materialist reductionism in the world around us.

Children who go through our system should be very comfortable having an intelligent discussion about all kinds of deep concepts, such as the meaning of life, the nature of existence, the purpose of the soul’s descent, and the unique role of the Jewish people. Nonetheless, I often meet wonderful young people who have an incredible amount of information about Yiddishkeit, and even Chassidus, but when they encounter real life dilemmas they are at a loss. We have a duty not just to fill our students with information but to see to it that they emerge from their formative years with a coherent worldview that can meet life’s challenges. This brings us to not just the substance of the Chinuch that we need to give over, but to the methodology that a Chabad Chinuch in today’s world requires.

When the Rebbe introduced the 12 Pesukim, the Rebbe explained that these verses were specifically chosen as ideas that a child could grasp well enough to be able to teach to other children. Indeed, the 12 Pesukim were part of the overall Mivtza Chinuch (Education Campaign) and the Rebbe spoke clearly then about the aim of the campaign being not only to educate children but to turn children into educators! The Rebbe cited the story of Rabbi Chiya who saved the Torah by teaching five children each one of the Five Books of Moses and six children each one of the Six Orders of Mishnah and having them all teach each other. That is the goal of education. In a word–mastery.

Similarly, the Rebbe frequently encouraged yeshiva students to write their own scholarly articles. The Rebbe spoke about this at the farbrengens and even asked specifically, with regard to the principles of the Rashi sichos, why the yeshiva students weren’t producing their own studies of Rashi using the methodology that the Rebbe had laid out. The Rebbe wanted to us not just to know information, but to figure out how to use that information on our own. 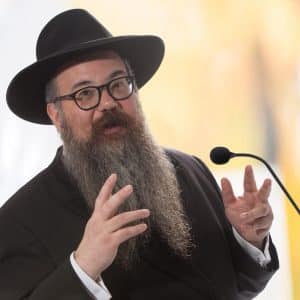 ation. Why? Because that is the whole purpose of education–to learn how to think.

As I understand it, the educational world at large is actually very much on board with this view right now. With the abundance of information on Google, Wikipedia, and so forth readily available to students (ask Siri!), secular educators are no longer able to make a very strong argument for knowledge acquisition as their primary goal. Rather, the emphasis has shifted on how to use the knowledge in a meaningful way. While we learn to incorporate the pedagogical tools this realization is yielding – things like authentic assessment, higher order thinking, and so forth – the appreciation for learning how to learn is something that has always been integral to Limud Hatorah.

The first Mishna in Pirkei Avos says “ha’amidu talmidm harbei” which literally means “stand up many students.” The Rebbe explained that the goal of education is that students should be able to intellectually stand up for themselves. They can’t just rely on the teacher. They need to know how to think independently.

The Rebbe explained the concept of “ain adam omed al daato shel rabo ad arbaim shana” (a person does not grasp the teachings of his Rav until forty years have passed) in a similar vein. The literal meaning of this is that a person doesn’t “stand up on the teachings of his Rav”, connoting mastery and independent thinking. Furthermore, Chazal say “daato shel rabo” – the mind of his teacher, not “dayosav shel rabo” – his teacher’s ideas.

A person might think that the approach of independent thinking is dangerous, that a student will stray from what we want him to think and do, but it’s the opposite. The ultimate achievement of the teacher is that the student not only has mastered the ideas and is well versed in them, but that he actually masters the mind – he’s able to think in that way. In Chassidus we call this Chochma and Bina – Chochma is knowing what you were taught, Bina is knowing what you weren’t even taught. The idea of “mavin davar mitoch davar,” is the ultimate of Torah scholarship.

Yes, this means putting a lot of trust in the students. But what is the alternative? It doesn’t work–not in the real world. Besides, the Rebbe put his trust in all of us. The Rebbe wanted leaders. We have to trust our students the same way and empower them to understand life deeply for themselves. The tools to do so are all there, we just need to use them.

R’ Leibel Shapiro relates that as a bochur, he and his peers went to a 19 Kislev farbrengen in Boston, where “the Rav,” Rabbi Yosef Ber Soloveitchik, was a guest speaker. The bochurim later wrote a duch to the Rebbe, saying that they later spoke to Rav Soloveitchik and gave over to him what the Rebbe said at a farbrengen on the Rambam’s Hilchos Teshuva, since they knew that the Rav was very interested in that topic.

The Rebbe circled the words “what was said at a farbrengen” and replied,” בודאי שקלו וטרו בענינים שלהם ולא רק מה שמדובר בהתועדות” – surely they engaged in discussion of their own ideas [in learning], not just what was said [by the Rebbe] at a farbrengen. That’s what the Rebbe wanted our system to produce! Bochurim who can hold their own with Rav Yoshe Ber!

Practically, what does this mean? Short answer tests tell us that students know what we told them, not that they understood deeply enough to figure out things that they weren’t explicitly taught. We need to go back to the tried and true method and farher students orally. Also, we need to get them writing, as the Rebbe often urged regarding writing scholarly articles. (As the Frierdiker Rebbe relates in the Hayom Yom of 14 Av, “Ukeneh lecha chaver” in Pirkei Avos can also mean “the quill is your friend,” because writing about an idea helps us process it emotionally as well.) And in general, we need to elevate the level of conversation that is going on in our classrooms, to empower students to think abstractly about the things that really matter in life.

The bottom line–we have to make sure that we aren’t just filling students with information. We need to make sure that they are confident, creative, independent thinkers capable of thinking in abstract and sophisticated terms about their world.

If they know how to think for themselves, they will be problem solvers. If they possess a coherent worldview, they will be leaders. If they don’t have those things, then may go whichever way the wind blows – not because they are rejecting or rebelling ch”v, but because they haven’t been taught how to carry what they learned on their own. We need to give over to students not only the substance of Chassidus, but also the tools that it gives us with which to face the world.

This article appeared in condensed form in a round-table discussion on the future of Chinuch, in MEF’s magazine, “Seeds: 10 Years of Growth in Chinuch.”