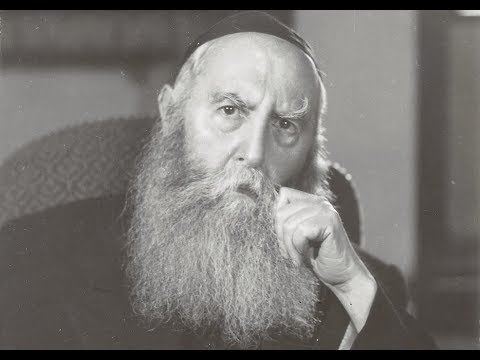 When the Frierdiker Rebbe was a young child, he once sat at home, looking intently through the window to the outside. His tutor, the Rashbatz, said to him, “Always remember, Yosef Yitzchak, that it is better to be on the outside looking in, than on the inside looking out…”

Today, Tes Adar, marks 80 years to the day that the Frerdiker Rebbe arrived in America. At that time, American Jewry was, borrowing the terminology of the Rashbatz, “on the outside,” but not necessarily looking to come in.

The Frierdiker Rebbe declared that “America iz nisht andersh – America is no different”, and set out to reverse this scenario. Many of us are familiar with this revolutionary statement, but may not realize that it actually signified a revolution in Chinuch.

The Frierdiker Rebbe declared that “America iz nisht andersh – America is no different”, and set out to reverse this scenario. Many of us are familiar with this revolutionary statement, but may not realize that it actually signified a revolution in Chinuch.

The Rebbe sent Shluchim to start Yeshivas and Chedarim in areas where Jews may have been living the American dream, but had little to no involvement in Yiddishkeit. Rabbi Noach Kosofsky, principal of Lubavitcher Yeshiva Academy in Longmeadow, MA, relates how his own school was founded:

The Rebbe sent Rabbi Pinchos Vailer to Massachusetts to open the school, with the help of Rabbi Sholom Ber Gordon, who was just a young bachur at the time. They visited public schools to look for Jewish children, and found out their addresses. They would then knock on the door of these homes, and a voice would emerge from inside, shouting through the closed door: “We don’t have money for you! Go away.”

When they persisted in knocking, someone would eventually open the door to berate them further. Desperate to assimilate, these families were afraid to be seen having a Rabbi visit their home. However, once the door was opened, R’ Vailer would put his foot in the door and make his way inside. He would then make a beeline for the piano, a common fixture in proper living rooms in that era, and begin to play and sing Jewish music, connecting with the family, while talking about the school that he wanted to open. His marketing ruse? “If you send your children to my school, I’ll teach them how to play the piano.”

In this way, children were recruited one by one into a brand new Cheder, piano lessons included. After some time, R’ Vailer was sent to found a school in another community. Young Rabbi Gordon, as his son relates, was left to maintain the school and keep its families enrolled, sans piano lessons.

A similar scenario played out when Rabbi David Edelman, then a bochur as well, accompanied R’ Vailer to start a school in Bridgeport, Connecticut. Rabbi Edelman later went on to direct the school that was founded in Springfield, which still flourishes as Lubavitcher Yeshiva Academy today.

The job of these Shluchim was to create schools where no one wanted them, and to convince families who saw no need for Jewish education to “come inside.” This was an uphill battle, but it transformed Yiddishkeit in America.

80 years later, Chinuch is still a core Shlichus in the process of transforming the “chatzi kadur hatachton” (the lower hemisphere, from the vantage point of Eretz Yisroel on top). However, this Shlichus takes on many different forms.

Some Chabad educators are still fighting the same battle, of opening schools and keeping them open, and trying to persuade potential students to enter the world of Yiddishe Chinuch.

Other Mechanchim and Mechanchos fight a different battle. In flourishing Lubavitch communities where Chinuch is a given, we find that many of our students might be in our classrooms in spirit, but are focused on what they might find on the outside.

On this Tes Adar, let us rededicate ourselves to the Shlichus of Chinuch – both by bringing in students who are not yet in our classrooms, and by inspiring the students who are, to want to stay.

On this Tes Adar, let us rededicate ourselves to the Shlichus of Chinuch – both by bringing in students who are not yet in our classrooms, and by inspiring the students who are, to want to stay.

It is natural and all too common in today’s world of media and constant flux for children to find themselves “looking out the window.” This means that the challenge of Chinuch in our times, as the Rebbe articulated in different ways on many occasions, is to compete with the “chutz” by connecting to our students and capturing their minds and hearts with Yiddishkeit and Chassidishkeit. In this way, they won’t only be physically in our classroom, but be fully present and engaged.

May we be zoche to the brachos of the Rebbe and Frierdiker Rebbe, in successfully showing our students that everything precious and meaningful is right here, inside the gift of Chabad Chinuch.

What is A Chassidishe Chinuch? 10 Chinuch Messages in Basi Legani Gallery

What is A Chassidishe Chinuch? 10 Chinuch Messages in Basi Legani