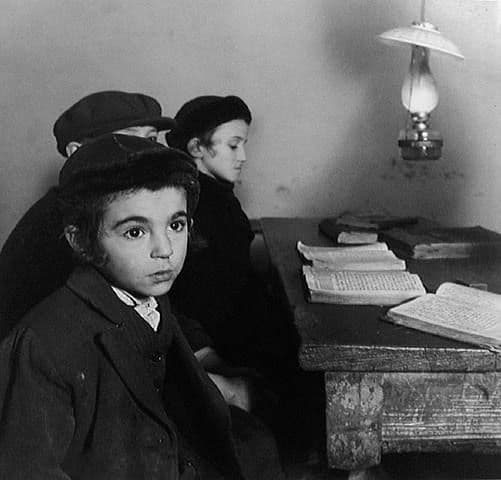 Anyone involved in education has likely had some kind of experience with a “Chinuch crisis.” On the receiving end, there are sadly many who feel hurt at their own needs or the needs of their loved ones not having been adequately met at school. As for the educators themselves, many have at times felts stymied in achieving their goals for their students. There is a pervasive awareness in our community of some kind of “crisis” in Chinuch.

There is indeed a crisis, but it is not new. In fact, the Chinuch system was born out of crisis.

Let’s back-track to the times of the second Bais Hamikdash. The Chinuch system at that time was primarily a reflection of the mitzva of “Veshinantam – and you shall teach them,” which is a mitzva incumbent on a father to his children. However, after the upheavals of Galus, and with many Jews living in rural, agricultural areas, this system was no longer fool-proof. Many children did not have fathers who were learned enough to teach them, or tragically did not have fathers at all.

As the takanos of the Anshei Kneses Hagedola illustrate, this was perceived as a crisis. The first organized schools for children (as opposed to yeshivas for older Talmidei Chachamim) were mandated by R’ Shimon ben Shetach, and it seems that schools took hold in Yerushalayim – but only few, privileged children from the outlying areas were brought there to learn.

It was in this setting that R’ Yehoshua ben Gamla instituted his revolutionary school system, appointing teachers in each small town and lowering the age of entry into school to six or seven years old. This concerted response to the first “Chinuch crisis” is credited in the Gemara as the reason that “Torah was not forgotten in Yisrael.”

Similar praise is given to R’ Chiya, who took this systematic approach even further. The Gemara tells us that R’ Chiya went out and planted flax, which he reaped and weaved into nets for trapping deer. He turned the deer-hide into parchment upon which he wrote the Chamisha Chumshei Torah – on five separate scrolls. R’ Chiya then went to places so remote that there was no one to teach, and turned the youngsters into teachers by giving each one a scroll, teaching him, and making him responsible to teach his fifth of the Chumash to all of his friends.

Finally, when the Mishna was completed, the Gemara recorded, and Torah Shebaal Peh made available in a much more widespread fashion, Chinuch became much more available. But in post-Talmudic times, other challenges arose.

There were two main models of learning in the middle ages. There was the melamed, the private tutor who would be hired by an individual family or groups of families to teach their children. And then there were schools and chedarim, which were initially for the poor who could not afford to hire teachers on their own, but became more prevalent as time passed.

Just like today, there was a dire need for the profession of the melamed to be perceived with more respect.  Melamdim were often itinerant teachers who would go from town to town seeking employment. Numerous teshuvos and letters from Rabbanim urged their communities to pay their teachers more, but still the school-teacher’s’ salary was often commensurate with that of a manual worker.  With poor Jews unable to provide their teachers with more substantial feels – an age old tuition crisis – the problem was exasperated.

Sometimes teachers who held small chedarim in their homes were so poor that they needed to take other jobs, even leaving their students in the middle of the school day to do other work. They often taught in their small, single room homes, with the family’s furniture pushed to the side or put to use for the students. It became not uncommon for a melamed to be teaching Chumash to his young charges on one side of the room while his wife, needing extra income, taught sewing to girls on the other side of the room. These were hardly idyllic learning environments, but Yidden overcame crisis after crisis to perpetuate Torah through the ages.

A Crisis of Faith and Inspiration

The Chinuch crisis that we Chassidim are most familiar with took place at the time when the Baal Shem Tov arrived on the scene. Internally, a rift had formed, with the elite Torah scholars looking down on the simple Jews, alienating them from Torah study. Externally, the community of Eastern Europe  had been trampled by the pogroms of Bogdon Chmielnicki, yemach shemo. To make things worse, the Shabsai Zvi’s failed promise of salvation left the Jews more dejected than before.

The Baal Shem Tov saw the need for a new path in Torah, which expressed itself as a new approach in the Chinuch of the Jews of that time. He emphasized internal qualities such as love and fear of Hashem, which cannot be measured by external barometers such as the number of pages learned. He emphasized the preciousness of every Jew, setting a new standard for Ahavas Yisrael. He believed that each one, no matter how simple or how remote, deserved a Torah Chinuch, and sent shluchim to actually teach them.

In truth, the development of Chabad Chassidus in each generation may be viewed as successive responses to an evolving Chinuch crisis:  The Alter Rebbe’s strategic efforts to counter the haskalah, the Tzemach Tzedek’s fight against the educational reforms proposed in Petersburg, the Frierdiker Rebbe’s insistence that “America iz nisht andresh – America is not different,” and of course the primary task of Shluchim – by that name or other titles – in each generation.

The Rebbe’s unparalleled emphasis on Chinuch was a response to the unique crisis faced by our generation. Previously, parents would create a home atmosphere that would imbue their children with Torah values, and school was for academics. Today, however, when external influences are so strong and pervasive, we need schools and teachers to take on the task of raising and nurturing Torah Yidden.

So many more aspects of the education we know today originated in crisis. For example, R’ Shamshon Rafael Hirsch initiated what became the day school movement, with his formal, dual curriculum schools providing alternatives to secular-minded Jews who would otherwise be swept away by the Haskala. Sara Schenirer boldly introduced Jewish schooling for girls, when the community’s women and girls were assimilating in droves, taking their families with them.

Thus, the school system we now know is the product of multiple generations of crisis, response and innovation.  In fact, today’s proliferation of boys and girls’ schools, yeshivos and seminaries, preschools and after-school programs can be seen as an unprecedented success, especially in light of the original crisis – the need for systems of education, that was identified way back when in Eretz Yisroel.

Are We In Crisis After All?

So Chinuch is no stranger to crisis. Perhaps it can even be defined, in a sense, as a response to crisis:  the crisis that is the interface between body and soul, between a Yid and the society he or she lives in. Chinuch needs to inspire, empower and equip students to overcome those clashes every moment of their lives, and live by what’s true and eternal.

This does not mean that we can relax our efforts. Instead, it means that we need to work harder, knowing that Jewish education must always be an adequate and inspiring response to the changing needs of each generation.

Instead of pointing fingers at the current systems, we can point our fingers proudly at our predecessors who tackled each generation’s awesome challenges with undaunted determination. The fact that there is Chinuch today –  after millennia of spiritual and physical opposition, uprooting and unrest – is testament that they succeeded.

And so will we.

After nearly a decade as a teacher and curriculum director,  Mrs. Rose has taken her passion for education to the next level in her role as MEF’s educational director, where she works with teachers, schools and other constituents to bring MEF’s lofty educational goals to life in the classroom. Mrs. Rose also leads the women’s division of TIP.