Event to Celebrate the Shlichus of Chinuch!

While Shluchim from all over the world gathered in Crown Heights last week for the Kinnus Hashluchim, over one hundred people gathered on Motzei Shabbos to celebrate one particular kind of shlichus:  education.

The Menachem Education Foundation (MEF) hosted their 2nd Annual Melaveh Malkah “to Celebrate Mechanchim,” for all of the educators involved in their vast network of programming. The theme:  “Saluting those who have made chinuch their shlichus.”

Rabbi Mendel Levin, an alumnus of MEF’s Teacher Induction Program, emceed the program. By promoting professionalism in education, he emphasized, “the Menachem Education Foundation changed the paradigm of chinuch.” While doing so, MEF has also strived to show teachers how much they matter, through events and peulos such as this one.

The evening’s programming had a dual purpose:  to celebrate, encourage and inspire mechanchim; and to introduce a vision that will aid Lubavitch schools in striving higher. To bolster the shlichus of chinuch, the program’s organizers showed a video of the Rebbe speaking about chinuch, speaker after speaker demonstrated its importance and value, and one outstanding teacher was presented with the Eisenberg Award. Additionally, MEF’s director, Rabbi Zalman Shneur, took the opportunity to share something which the organization has long been working on:  a concisely articulated vision of what we should hope for and expect from each of our graduates – and, on the flipside, from ourselves as educators.

The “Vision for Chabad Schools” is comprised of six overarching goals – encompassing values, skills and character – for graduates of Chabad schools. “This vision is a starting point, not an ending point,” said Rabbi Shneur, as he called upon members of the audience to stand up and help him announce the six goals to the room. Each person in attendance left with a copy of MEF’s “Vision for Chabad Schools” on a pocket sized card. The audience was encouraged to develop and personalize this vision, while holding on to it as a reminder of where we are aiming.

To internalize the value of work in chinuch, the audience heard the Rebbe speaking in a specially compiled video about the zchus, the responsibility, the nesinas koach and the brachos associated with the education of children. They also heard the keynote speaker, Rabbi Shmuel Lew, provide one illustration after another of how highly the Rebbe prioritized and valued the task of education, perhaps more than any other. In the mafteach to the Igros Kodesh, he noted, the entry for chinuch is longer than that of any other topic.

One outstanding teacher was recognized at the Melaveh Malkah with the presentation of the Eisenberg Award, a $1,000 award sponsored by Mr. Jerry and Sharon Eisenberg, in memory of Yaakov Velvel (William) Eisenberg OBM. MEF presents this award annually to teachers who show exceptional professionalism, dedication and excellence in chinuch. This year, the award was made available to teachers who are alumni of the Teacher Induction Program, and Rabbi Mannis Frankel, a teacher in Cheder Lubavitch of Morristown who was nominated for the award by his colleagues and judged by a five point rubric, was chosen to receive the prize. A short video interviewing Rabbi Frankel’s colleagues, students and their parents showcased his dedication to his students and their reciprocal admiration for him, while displaying his dynamic classroom and professional methods to his fellow mechanchim.

All of the educators who filled the room on Motzei Shabbos arrived with some level of commitment to chinuch, but left with a renewed sense of purpose, pride and solidarity in their shlichus. In a time and place in which vibrant and successful chinuch is paramount, a roomful of mechanchim inspired to pursue the task of chinuch with greater devotion and clearer vision is exactly what we need.

Through the speakers and videos, the chatting over the appetizers and main course and the camaraderie during the group picture, the evening made its mark. “Amazing is an understatement,” was one participant’s reaction. “I had in mind to just pop in for a few minutes, but the atmosphere immediately engulfed me, and I could not leave until the very end.”

This evening was generously sponsored by a very special Crown Heights family. 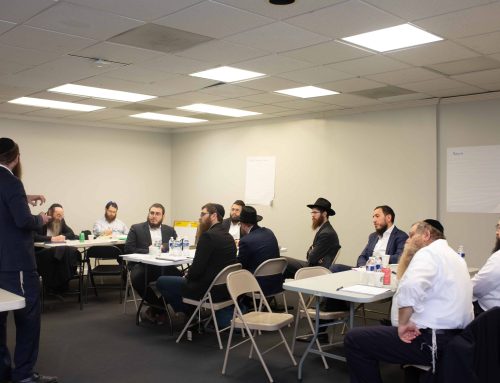 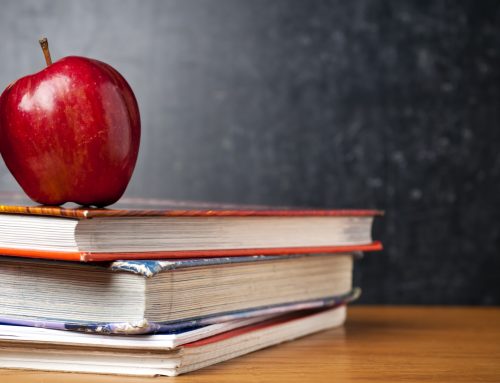 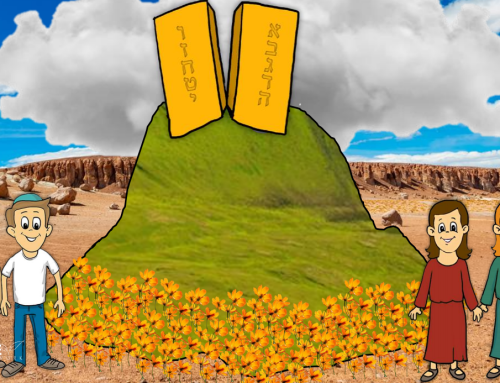 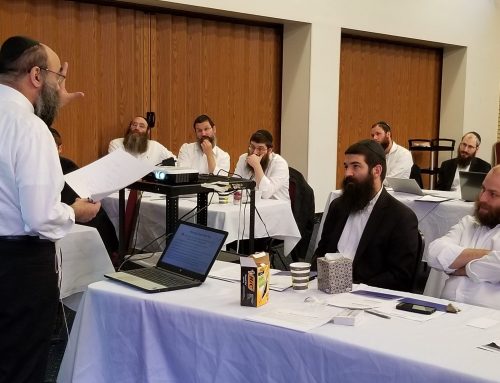