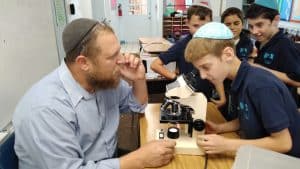 Meet the Chinuch Shluchim: Rabbi Avraham Granat of Lubavitch Hebrew Academy in Margate, Florida, on dealing with a terrible loss, his mastery of multiple trades, his role model from Las Vegas, and what recently gave him nachas.
“Meet the Chinuch Shluchim” is jointly presented by the Menachem Education Foundation (MEF) and the COLlive.com Community News Service. The series features Chabad teachers from different states, countries and demographics speaking about their life and Chinuch Shlichus.

Originally from London, my family was traditional and my parents sent my brothers and me to Jewish day schools. We weren’t frum, and the first Shabbos I kept was only at 18.

In 1993, we traveled to the U.S. in the summer. While walking down Kingston Avenue in Crown Heights, we heard the “beepers” going off. We followed the rush into 770 Eastern Parkway, and I merited to see the Rebbe and say l’chaim to him on the balcony.

After my senior year in high school when my rebbi convinced me to go to a Yeshiva in Eretz Yisroel. It was meant to be for a month, but I ended up staying for two years! After yeshiva, I attended the University of Liverpool in England, where I first tasted Chassidus through the Shliach Rabbi Avremi Kievman.

My wife and I have 11 children. We lost a baby a few years ago, and Hashem gave my wife and me the strength to keep on with our Shlichus. We have a married daughter and a grandson.

I became a teacher by accident. After finishing Kollel in Morristown in 2001, my only qualifications were that I needed a job, played the guitar and was good at getting kids riled up. We were offered a teaching job at the Desert Torah Academy in Las Vegas. My wife and I were torn about moving there and taking the job because there were positive and negative aspects to consider.

I poured my heart out at the Ohel, and in the tent outside, I opened an Igros Kodesh. The Rebbe’s letter read, “Mazel Tov on your new job in the day school.” I took the job.

My first six months in Las Vegas were a disaster. The kids walked all over me. Then Rabbi Moishe Rodman, a veteran educator, became the principal. He wanted me to stay and said he saw potential in me. I agreed on the condition that he would teach me how to teach. Rabbi Rodman took me under his wing and I started my real journey to Chinuch. My teaching today is modeled after his influence. He is my inspiration, and I owe him everything.

I love teaching fourth grade because they are like a blank sheet, receptive to what I have to teach. When I started, LHA was a community school with students from different backgrounds. Since Covid, it’s mostly Lubavitchers because so many people moved to Florida. I have 20 kids this year. It’s the largest class I’ve taught.

I would call my classroom organized chaos. My philosophy is to teach the students with the same love and excitement I would like to feel. The kids might not always remember everything I teach, but I want them to walk away feeling that learning is exciting.

Navi. Everything is relevant, and with all the stories, it is the most exciting. I’m a very lively teacher, jumping around, acting out the stories, and having the kids act them out too.

I’m a big proponent of bringing life experiences into Torah. For Pesach, we make bricks, and for Shavuos, we make cheese. We even tried “electrocuting” hot dogs by placing them on a special device that I made. I take my students fishing at the end of the year as one of our field trips.

Technology has changed the landscape, and the kids have certain expectations. We have smartboards and use Chromebooks for games. Otherwise, Chinuch is Chinuch. We have beautiful young children to teach and mold into the next generation of Chassidim.

I’m also a mohel, shochet, shatnez tester, eiruv builder, sushi chef, and technology guy. I have ADHD and use that as a strength in everything that I do. My hobbies include fishing and bowling, and I used to compete in bowling tournaments. During Covid, I learned bladesmithing!

A month ago, I did a bris for the son of one of my first students. It gives so much nachas to see the next generation of kids.

Teachers are the most valuable commodity to whom you entrust your children. We have to work together to be successful.

Over the years, I’ve seen that the teachers who don’t make it are the ones who don’t want to be in the classroom. The kids sense it and it creates a negative educational experience for them. As Mechanchim, we are the elite of the Jewish people. It’s not easy and we all go through difficulties, but not everyone is lucky to thank Hashem for “Sheasani mechanech.” The dedication has to be there. It’s a life, not a job. 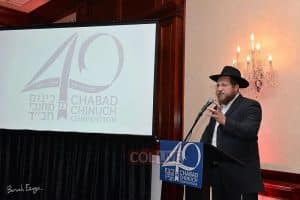 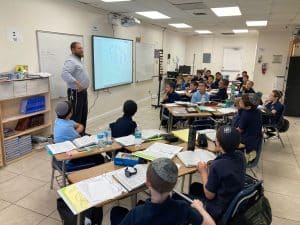 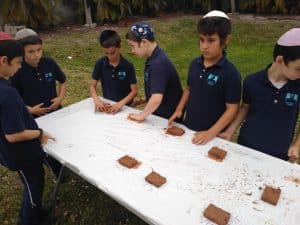 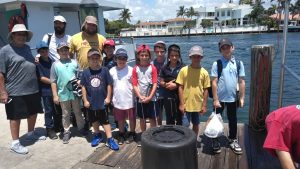 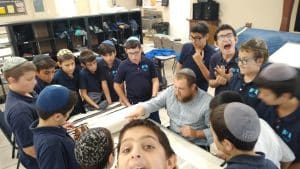 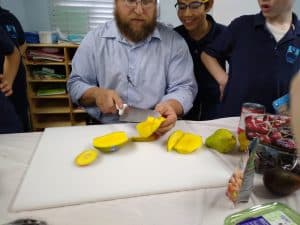 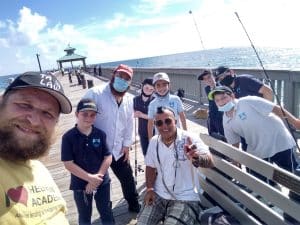 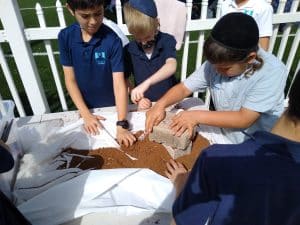 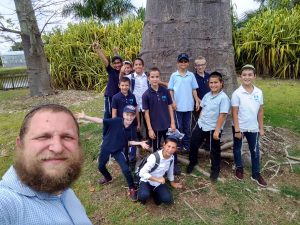 What is A Chassidishe Chinuch? 10 Chinuch Messages in Basi Legani Gallery

What is A Chassidishe Chinuch? 10 Chinuch Messages in Basi Legani