Over 2 Days, Nearly 400 Mechanchos Immersed in Chinuch at Annual Kinus 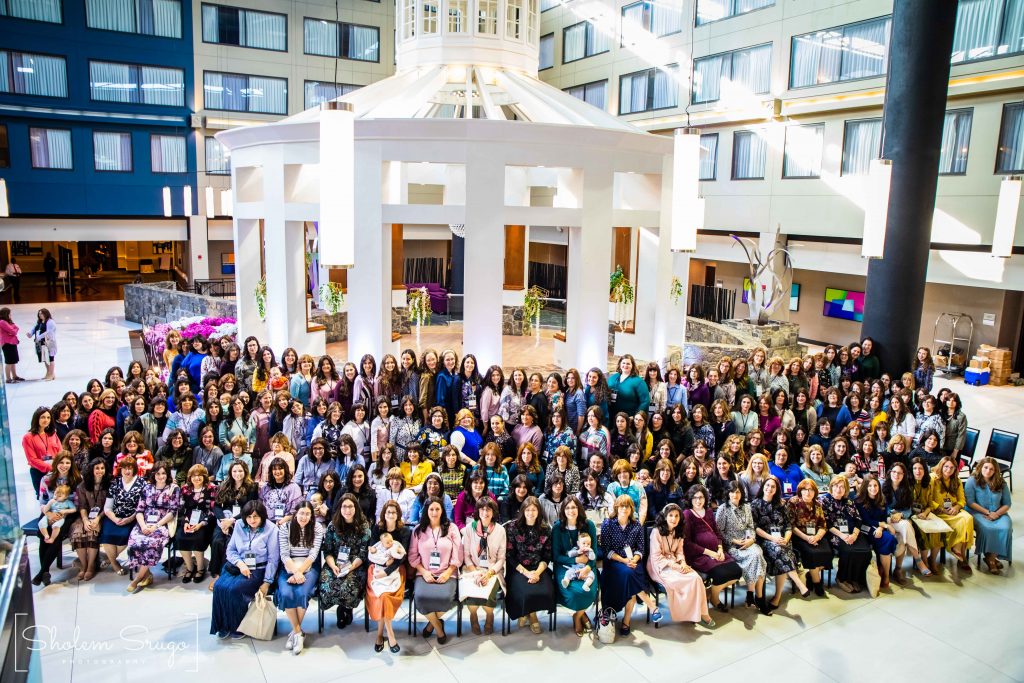 The Kinus Hamechanchos Chabad took place this Yud Beis Tammuz, with educators from over 79 schools in 62 cities on 5 continents gathering to be informed, encouraged and inspired. Nearly 400 Chabad teachers, educators and principals joined together to address today’s pressing educational questions while rededicating themselves to the holy Shlichus of Chinuch.

The two-day Chinuch Convention and retreat in Connecticut was organized by the Menachem Education Foundation (MEF) took place at the Crowne Plaza in Stamford, CT.

The comprehensive program included over 40 sessions and workshops, on topics ranging from the Rebbe’s views on Chinuch to classroom management, from teaching Kriah to technology and sensory integration in the classroom, and much more in between. Workshops were offered in parallel tracks to choose from, with unique programming for different types of educators. An early childhood track for preschool teachers focused on topics ranging from early literacy to Chassidishkeit in the early childhood classroom, while a school leadership track covered topics such as staff motivation and strategic planning for schoolwide programs.

Other workshops offered insight to any educator, such as a popular workshop on effective listening by Mrs. Malka Touger and one on Halachic perspectives on Chinuch dilemmas by Rabbi Shimon Raichik, Rov of Cong. Levi Yitzchok in Los Angeles.

Rabbi Simon Jacobson, choizer of the Rebbe and author of the bestselling “Towards a Meaningful Life,” presented five principles for bringing Chassidus into students’ lives, while Rabbi Levi Feldman taught the positive side of classroom management in his workshop on motivation.

The first day’s general session was an in-depth talk on “Substance Abuse and Addiction: What Role Do Teachers Play?” by Dr. Akiva Perlman, which reviewed educators’ unique role as first responders in preventing crisis situations. The first day’s program also includes a structured networking component that divided educators into ten separate sub-groups, where they participated in a facilitated and timed exchange of ideas on a variety of topics geared to their role in Chinuch.

A highlight of the Kinus was the official Banquet which honored Mechanchos for all that they do. Mrs. Devora Krasnianski, Director of the Chabad Early Childhood Education (CECE) Network served as MC, and Mrs. Chaya Bracha Rubin of Maimonides Hebrew Day School, Albany, NY performed original songs to entertain and inspire. An inspirational series of perspectives on “What Does Chabad Chinuch Mean to Me?” was shared by Mrs. Rochel Holzkenner of Miami, FL, Mrs. Itty Chazan of Queens, NY and Ms. Davina Shapiro of Camarillo, CA. The live broadcast of the banquet was viewed around the world by more than 500 additional participants.

On the second day of the Kinus, a Chinuch Resource Fair and Marketplace allowed attendees to take a break and shop for educational materials that they could bring back to the classroom. In addition to the dozens of workshops and sessions, ten expert educators offered one-on-one consultations throughout the Convention to teachers who signed up.

A closing session led by Stamford Shlucha Mrs. Vivi Deren, entitled “One Mission In Many Forms: The Kaleidoscope of Chabad Chinuch” allowed educators to reflect on the many faces of Chabad Chinuch and the mission that unites them all. The Chinuch Convention ended with a trip to the Ohel and emotional reading of the Pan Kloli led by Shlucha Mrs. Chana Liba Raichik, on behalf of Chabad Mechanchos everywhere, even those who could not attend but sent their names to be added to the Pan.

Since then, the feedback has been pouring in, and Mechanchos have been brainstorming ways to bring the Kinus strategies and inspiration into the school year. Beth Rivkah of Montreal held a farbrengen soon after the Kinus, for teachers who attended the event to share what they have gained with those who could not join.

Mrs. Chaya Sara Barrocas, Early Childhood Director in Yeshiva Schools of Pittsburgh shared, “Thank you for a well-rounded, inspiring, practical, and enlightening convention… Our delegation from Pittsburgh enjoyed every moment of it. There is a buzz in our school of inspiration and determination to give children the quality education they deserve.”

“You came all the way from South Africa?”, this question was repeated numerous times over and over again at this year’s conference. My response was always yes, and now it would be, ‘yes, and I will IyH do so again.’ [The Kinus] was phenomenal on every level, and being able to collaborate with other educators, who have all come to grow and learn, with a positive and excited attitude, was a gift that will last a long time… at least until next year’s Kinus. So, did I come from South Africa? Yes! Why? Because MEF has finally given us a space, a voice and a method to expand our minds, our students’ minds and the minds of future Jewish children!”